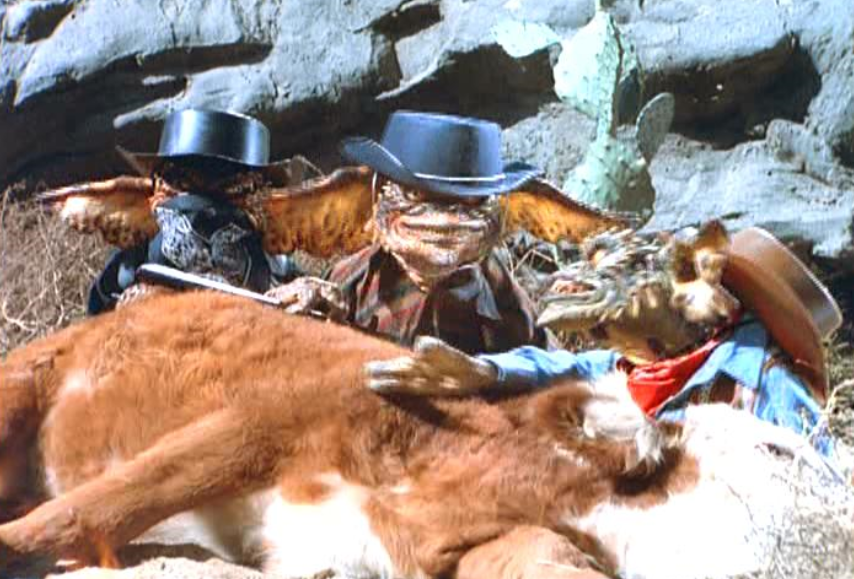 During the film break in Gremlins 2: The New Batch, the Gremlins take over the film for a brief period. However in the video release, the Gremlins get up to different antics including stealing some Cattle from John Wayne. Wayne finds the Bandits to discover that they were gremlins, he shoots two of them but seemingly runs out of bullets, the third Bandit Gremlin aims to shoot but is shot by Wayne who had a hidden gun.

Retrieved from "https://all-movie-monsters.fandom.com/wiki/Bandit_Gremlins?oldid=4746"
Community content is available under CC-BY-SA unless otherwise noted.