Mothman was introduced to a wider audience by Gray Barker in 1970, later popularized by John Keel in his 1975 book The Mothman Prophecies, claiming that Mothman was related to a wide array of supernatural events in the area and the collapse of the Silver Bridge. The 2002 film The Mothman Prophecies, starring Richard Gere, was based on Keel's book.

History of the Legend of MothmanEdit

The Mothman, has been reportedly seen in the Point Pleasent district of West Virginia on 15 November 1966 to 15 December 1967 shortly after the Silver Bridge collapses.

On a cold night in 1966 Virginia, a young couple had reported seeing a terrifying creature, the creature had wings and was 10 feet tall, and what was sinister about it, it had large glowing red eyes. The creature chased the couple in the car, untill the terrified couple managed to lose it. Soon several more people began seeing the creature from the old TNT plant used before in World war 2. This was just the start of hundreds of sightings to follow.

One family were even chased by the Mothman as it attacked their car, it easily ran on foot much faster than the car and jumped on the vehicle and looked at them through the car windows. One family were in their house when the heard something outside, the Mothman was then at the window staring in at them.

Other Strange things occured in Point Pleasent, including UFO sightings. The number of sightings began to increase, but in 1967 the sightings suddenly stopped after the Silver bridge had collapsed resulting in the deaths of many people, very quickly the Mothman had vanished never to be seen again by the people of Point Pleasent.

However, there have been recent sightings around the world of a Mothman like being  stalking the night sky since the year 2000.

About the time the Mothman sightings were being reported in such high volumes (beginning in 1966 in Point Pleasant, West Virginia), also being reported – and as sorted through and cataloged by paranormal researcher John Keel in his book the Mothman Prophecies – were mysterious energy fields, glowing orbs, weird animal behaviors/disappearances technology failures, loss of time, and the “men in black” who would visit the town and make threatening inquisitions, assuming generic pseudonyms like John Brown or Bob Smith. These things are also true of UFO folklore, which led to the connection – at least in people’s minds – that the Mothman may be a kind of alien. 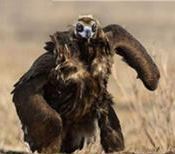 The Mothman seemed to make its home about a former WWII munitions dump, which also used to be a bird sanctuary. This area, full of all sorts of underground tunnels, is also the site of where the creature was first spotted, by a couple of young lovers (the area is called Lover’s Lane, in how secluded it is). The theory is that amidst all the weird chemicals deposited in the area, a mutant kind of bird was born, and thus the “Mothman.” This also sounds a bit like how the incredible Hulk was born… The bird may have been a strayed Sandhill Crane, a type of bird that stands almost as tall as a man, with a seven-foot wingspan and reddish eye-circles.

While the Mothman was visiting Point Pleasant, a series of disasters also (coincidentally?) took place – including the collapse of the Silver Bridge, which resulted in a number of deaths. Also, there were phone-calls author John Keel was receiving in which a mysterious person named Indrid Cold seemed capable of telepathy, and various others which carried premonitions that ended up coming true (a plane crash with the correct number dead). These were invariably grouped in with the Mothman’s stay, and the speculation was that this figure was either predicting these events, or perhaps causing them. After the collapse of the Silver Bridge, the Mothman remained silent, as did reports of strange activity.

The man who had brought the Mothman into wide public attention in 1970 was named Gray Barker. He wrote on paranormal matters and UFO culture. He was also known to exploit these matters for financial gain – given their massive cult appeal – and to plant hoaxes to screw around with those who took UFO research seriously. John Keel, who wrote the comprehensive book on the Mothman in 1975, was know to associate with Keel, and thus could have been misled in a similar manner.

Simply put, not everything can be explained. Sometimes a weird occurrence (or series of them) has no easy explanation, or at least one blanket explanation to cover them all. Perhaps each witness experienced some kind of buffet sampling of one of the many explanations aforementioned, or maybe it was something new entirely. Maybe science hasn’t caught up to what strange things exist in this world and the Mothman is just one of them. What we do know is that there is a definite air of mystery in Point Pleasant, WV. Whether it’s man-made, natural or supernatural, it’s interesting. And definitely worth poking around at.

Retrieved from "https://all-movie-monsters.fandom.com/wiki/Mothman?oldid=4410"
Community content is available under CC-BY-SA unless otherwise noted.