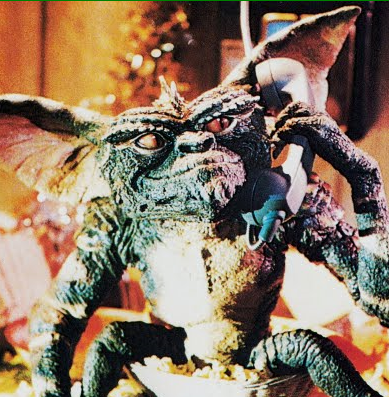 The Phone Gremlin was one of the Gremlins that was spawned by Stripe, It was seen in Dorry's tavern with the other members of its horde, presumeably prank calling anyone who picked up the phone on the over side. Later it is seen in Kingston Falls Theatre but is killed by Billy Peltzer when he blows up the Kingston Falls Theatre.

Retrieved from "https://all-movie-monsters.fandom.com/wiki/Phone_Gremlin?oldid=4227"
Community content is available under CC-BY-SA unless otherwise noted.